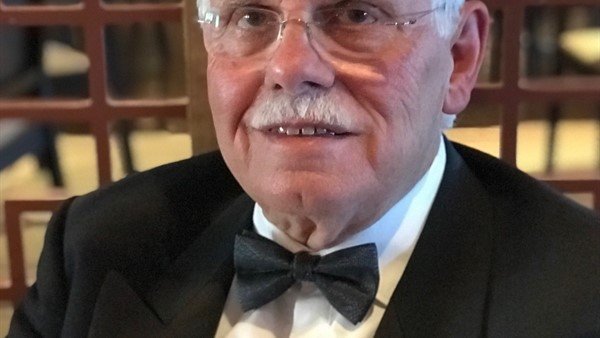 John’s professional life has always been related to the finance industry. After leaving school he joined a Merchant Bank called B.W. Blydenstein and Co., which later became ABN Bank. He then joined Midland Bank, before moving on to asset finance with a company called North West Securities Ltd. Not long after that, he got involved with Brokers via his move to a company called Security Pacific. Since 1977 John has been a Finance Broker, which in recent years has seen him specialise in all forms of Commercial Finance.

In the early 1980’s John became involved with Colchester United FC and spent the next 35 years in various roles, until he resigned in 2016. During this long period of my life he was privileged and proud to be Vice Chairman, Director, Marketing and Retail Manager, Commercial Consultant and a founder member with the late Colchester United legend and great friend Peter Wright, of the Colchester United Formers Players Association, as Secretary – a position he still holds today.

ROL Cruise Ltd asked John to join them as a Consultant and three years ago he also became a Cruise Ambassador along with his wife Liz and now spends much of his time entertaining ROL customers on cruises all around the world.

During his involvement with the Club, John has been proud to be associated with so many charities, including of course The Tom Bowdidge Youth Cancer Foundation, CHAPS – The Men’s Health Charity, St. Helena Hospice, Little Havens Children’s Hospice, Autism Anglia, The Ormiston Trust, MS UK and many more. With his connections and involvement he has acted as MC, auctioneer and often organiser, to raise funds for these fantastic charities.

Liz and John spent a rail journey to London with Richard just after Tom was diagnosed and we were immediately involved. The first event that they were involved in was a fund raising Sportsman’s Dinner at Western Homes Community Stadium, bringing in John’s friends Alan Brazil and Ian Richards for a truly memorable night. That night nearly £25,000 was raised for Tom’s chosen charity at the time, Teenage Cancer Trust. The night will always linger with many for the laughter and tears in equal amounts and the strength of Tom Bowdidge, which was so typical of him during the last year of his life.

After Tom’s passing Richard and Nikki invited John to be a Trustee and to be involved in “Cracking on for Tom”, a position I was pleased and proud to accept.

This is an amazing charity, working with the development, research and improvements to life and adding comforts to hospitals for ongoing treatment in East Anglia and London predominantly.